Call for Abstracts: Netherlandish Art in its Global Context 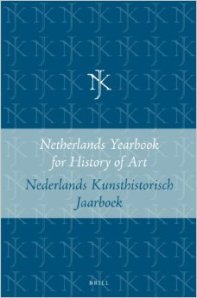 Netherlandish art testifies in various ways to the increased interconnectivity of the Early Modern world. The Low Countries were an essential node during “First Globalization”: Antwerp and Amsterdam became global capitals while the “world’s first multinational”, the Dutch East India Company, heralded the age of classical capitalism. Fortuitous factors, including successful mercantile logistics, the geographical reach of the Jesuit mission, and the thriving publishing and translation industry made the area a crucible of cultural exchange. Everyday lives changed as foreign luxuries, and local copies, became widely available. Eventually, Dutch imitations of Chinese porcelain found their way to colonists in Surinam. Not only were these objects implicit or explicit repositories of knowledge, carriers of ideas unto which new expectations were projected; the Netherlands also engendered a worldwide public for prints and a surplus of migrant artists. The Low Countries, as a contested fringe area of the Habsburg Empire marked by internal fault lines, demonstrated a unique intellectual flexibility and creative productivity in the first period of intensive artistic exchange between Europe and the rest of the world.

Outside rare products such as Joost van den Vondel’s dramatization of the fall of the Ming dynasty, literary reflections on this new interconnectivity were remarkably scarce. The visual arts are by comparison eloquent testimony to the global dimension of Netherlandish commerce and culture: from paintings depicting exotica to new iconography directed at global proselytization. Some painters seem to have realized this. When Samuel van Hoogstraten, in Introduction to the Academy of Painting (1678), sought to defend the Netherlandish school in comparison to Italy and the ancients, he highlighted its domain as the “entire visible world” and extended his analysis to East Asia and the Americas. He praised Rembrandt’s The Preaching of Saint John (Berlin, Gemäldegalerie) for the international audience it depicted, including an American Indian and a Japanese samurai.

Recent exhibitions have addressed the “Asian” dimension of Netherlandish art. The Rijksmuseum explored the meeting between East and West in De Nederlandse ontmoeting met Azie (2002). The Getty Museum’ s Looking East: Rubens’ s Encounter with Asia (2013) and Asia in Amsterdam (2015, Rijksmuseum / Peabody Essex Museum) focus on the way the East was perceived in Western eyes. The Victoria & Albert Museum examined the question of style with Baroque 1620–1800: Style in the Age of Magnificence (2009).

Scholars are increasingly embracing a worldwide approach and individual case studies have addressed Netherlandish art. Two of the first collective efforts appeared in 2014. Mediating Netherlandish Art and Material Culture in Asia (Kaufmann & North) focuses on the impact of Dutch art, from Persia to Indonesia; Chinese and Japanese Porcelains for the Dutch Golden Age (Van Campen & Eliëns) highlights the unique role of Chinese and Japanese ceramics in Dutch cultural history. Yet an integrated analysis of Netherlandish art from the perspective of global history has not yet been undertaken. Scholars hesitate to re-introduce universalist terms such as “Baroque” or to project back unto the Early Modern situation recent notions of cultural hybridity, imperialism, consumer capitalism, and globalisation.

The next volume of the NKJ intends to explore further the global dimension of Netherlandish art. Contributions are invited which do more than stretch geographical boundaries. In many cases, the trajectory of images of and from the foreign involved “cross-mediality”: being, for instance, first published in print before returning in the applied arts and architecture. The point of origin demands interest, but also the reappropriation in Dutch or Flemish contexts. The editors welcome contributions on the various arts and crafts—including paintings, sculpture, architecture, prints, ceramics, furniture, maps, and models—and their interrelations.

The editors expect not only to bring new case-studies into the discussion but also to contribute to conceptual clarity and directions for future research. What is more, they hope that the comparative approach suggested by global history will put to the test accepted terms of periodization in art history such as “Early Modern”. Themes that may play a role are, amongst others, global versus local; the agency of material culture; imagology; cultural hybridity; network analysis; and the relinquishment of Eurocentric approaches. In addition, contributions may address the growing role of countries outside the West in collecting and studying Netherlandish art in the twenty-first century.

The NKJ is dedicated to a particular theme each year and publishes articles that employ a diversity of approaches to the study of Netherlandish art. For more information, see http://www.brill.com/publications/netherlands-yearbook-history-art-nederlands-kunsthistorisch- jaarboek

Contributions to the NKJ (in Dutch, English, German or French) are limited to a maximum of 7,500 words, excluding the notes.

The deadline for submission of proposals is 1 January 2015. Selection of proposals will take place in January and February 2015. The deadline for submission of the full articles for consideration and editorial comment is 15 May 2015. Final decisions on the acceptance of any paper will be made by the editorial board following receipt of the complete text.

Proposals for papers, in the form of a 300-word abstract and a short CV, should be sent to: Eric Jorink (eric.jorink@huygens.knaw.nl)
Frits Scholten (f.scholten@rijksmuseum.nl)
Thijs Weststeijn (thijs.weststeijn@uva.nl)

This entry was posted in Current research, News and Noteworthy, Scientific or artistic image?. Bookmark the permalink.